If there’s a performance Vauxhall that’s held its own through the good times and bad, then the Nova is it. A mainstay of the Griffin tuning scene ever since the model’s launch in 1983, the Chevette’s replacement was the chariot of choice for successive generations of modifiers, gaining it notoriety during the mid-1990s for eagerly wearing outlandish fibreglass body kits and retina-scalding paint jobs which did little to promote the car’s qualities as a seriously good hot hatch with masses of performance potential.

Badged as the Corsa A outside of the UK, the Nova’s popularity among all demographics ensured it a healthy decade-long production run. In fact, Nova sales remained strong during the entire time the model was a feature of main dealer showrooms, but as the 1990s progressed, many European manufacturers ditched the sharp, angular appearance of their compact cars for softer, rounder shapes, hence the Nova’s facelift at the turn of the decade. Revised factory design direction eventually extended to the discontinuation of the Nova and the introduction of the Corsa B, an answer to questions raised by Ford, Peugeot and Renault’s assault on the supermini sector.

Built at Opel’s Zaragoza assembly plant, the Nova came in a range of iconic performance trim, including SR, SRi, GSi, GTE and the legendary Sport Pack. While these variants – coupled with high-profile professional race and rally success – proved Vauxhall was doing a great job of presenting the Nova as a fabulously fast pocket rocket, the aftermarket tuning scene was upping the ante in sensational style; Courtenay Sport equipped a Nova with the turbocharged two-litre C20LET engine ordinarily found beneath the bonnet of a Cavalier or Calibra Turbo. Immediately famous, the green Griffin changed the Vauxhall tuning scene forever and continues to spawn hundreds of copycat builds.

Many Novas were abused by careless pilots, treatment that sent a large number of the nippy Vauxhall to the great scrapyard in the sky. Fortunately, there was always a strong collective of owners who recognised their car’s future status as a modern classic, a realisation which ensured a significant number of Novas have survived in excellent order. This die-hard group has also been largely responsible for ensuring a wealth of high quality aftermarket tuning gear has been developed and remains in production for the model, a car which was offered as a hatchback with three or five doors, and as a saloon with two or four.

In recognition of the Nova’s thirty-fifth birthday, we’ve handpicked a selection of fantastic former Performance Vauxhall feature cars to display on a special celebration stand. The 310bhp Porsche-painted three-door built by Kev Raynes, Ben Hone’s enduringly popular Arden Blue beast, Ian Pepper’s 392bhp sprint star, Johnny Haw’s immaculate SR replica and Chris Dodd’s Glacier White wonder are just some of the Novas regular readers will be familiar with. For the rest of you, head down to PVS at Santa Pod Raceway on Sunday 24th June and see what it is that makes these cars so good. We’re sure you’ll be scouting the classifieds for your own Nova before the day is done! 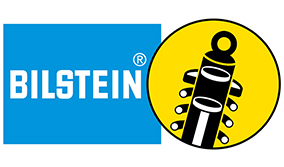